Princess Party Planned by a Pauper 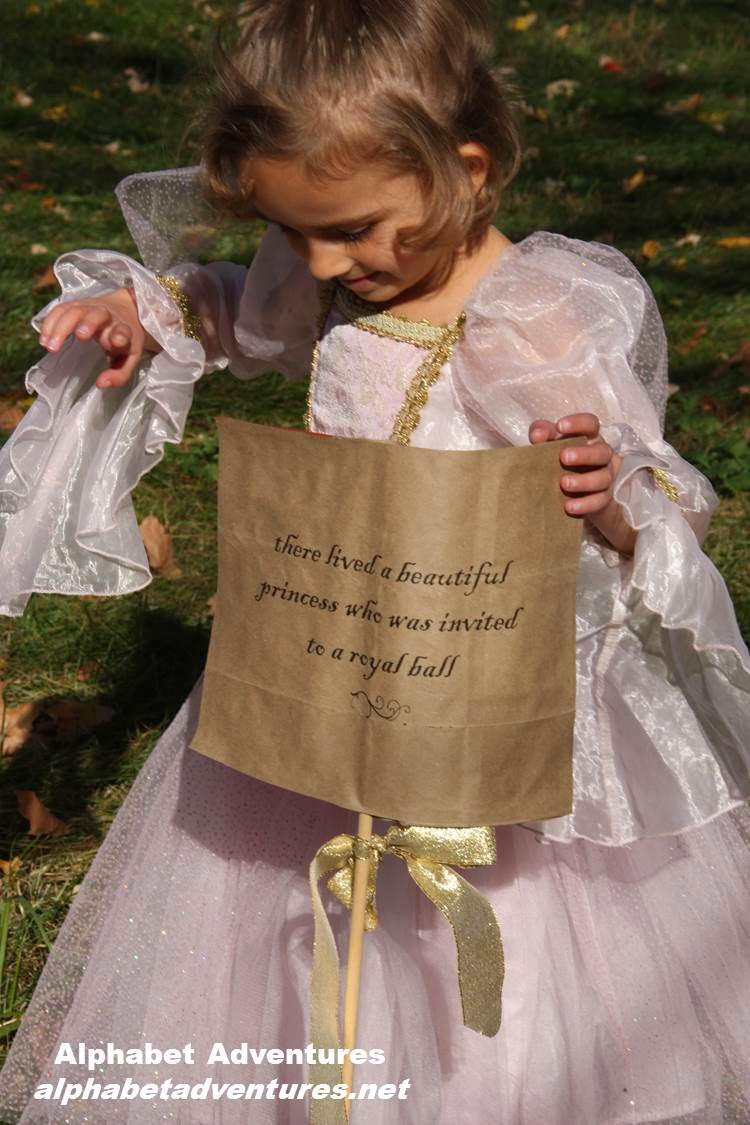 Once upon a time, there was a little princess who delighted in all things fairy tale. Sadly, she was born into the home of a pauper. That pauper shopped at her local dollar store and hosted an amazing Royal Ball fit for the demanding princess. Come, see, and use the ideas the pauper is about to share:

1. The birthday guests were invited by hand made scrolls. Using brown paper lunch bags, the pauper carefully (and sometimes with curse words as it jammed a bit) printed invitations in the Blackadder ITC font: By order of Her Royal Highness Princess (her name) of (city/neighborhood), you are formally requested to attend a Royal Ball to celebrate her fifth birthday.  The festivities will commence at 2 o'clock on the afternoon of Sunday, October 26 at the Royal Palace (address).  Please come dressed as your favorite princess. There will be crafts, games, tea time, dancing, cake, and a special guest (or two).  All subjects are requested to send word of their reply by messenger on or before Saturday, October 25 at (phone number/email). Using thick 12 inch dowels (purchased at Joann Fabric) painted with golden paint, the servants glued the invitation to two dowels on the top and bottom and tied pretty soft white ribbon around them before they were hand delivered to each princess in the surrounding neighborhood.

2. The wee princess guests were greeted with three signs that were printed on paper grocery bags and glued to long sticks (purchased at Michael's) and with tied golden ribbons (purchased at Joann Fabric).  The first sign said: Once upon a time~in a land far far away, the second sign said: there lived a beautiful princess who was invited to a royal ball, and the third sign said: Welcome to the Royal Ball princess!  The Nutracker Suite's March played as each maiden entered the castle's courtyard. 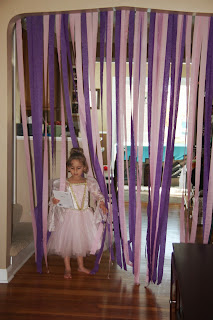 3. As the guests entered the castle, they were pulled through "The Princess Portal" that brought them back in time and space to the enchanted land of fairy tales and all things commercialized Disney Princess (Lord help us all).  The pauper swore she would never stoop so low as to commercialize a birthday party but the pleading of the young and eloquent princess squelched all resistance.  Alas she has promised to speak on the importance of healthy relationships and issues pertaining to feminism at the future Girl Scout troop of this and the other princesses to redeem herself properly.

4.  The little royals played in the table fort castle made with fleece and plastic windows inspired by other Pinterest-obsessed paupers. 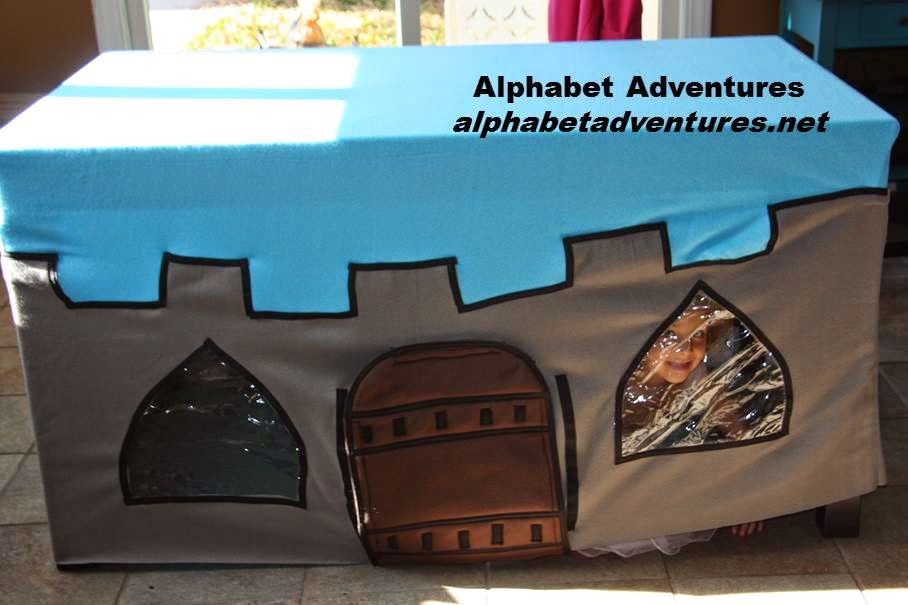 6. Much merriment was had playing princess-insired games such as: tape the kiss to the frog, 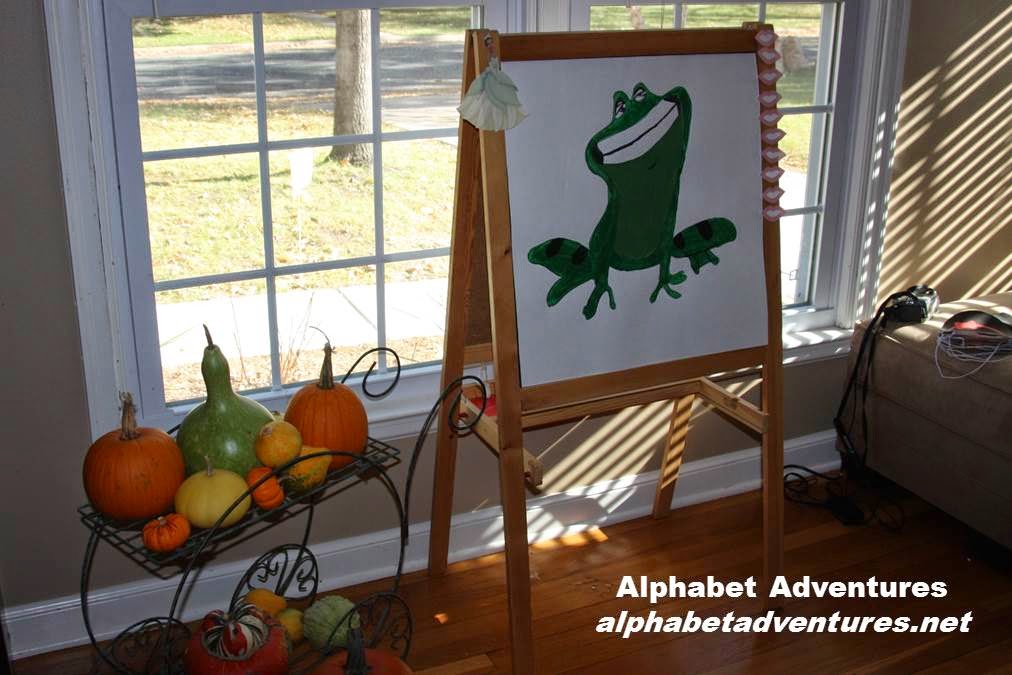 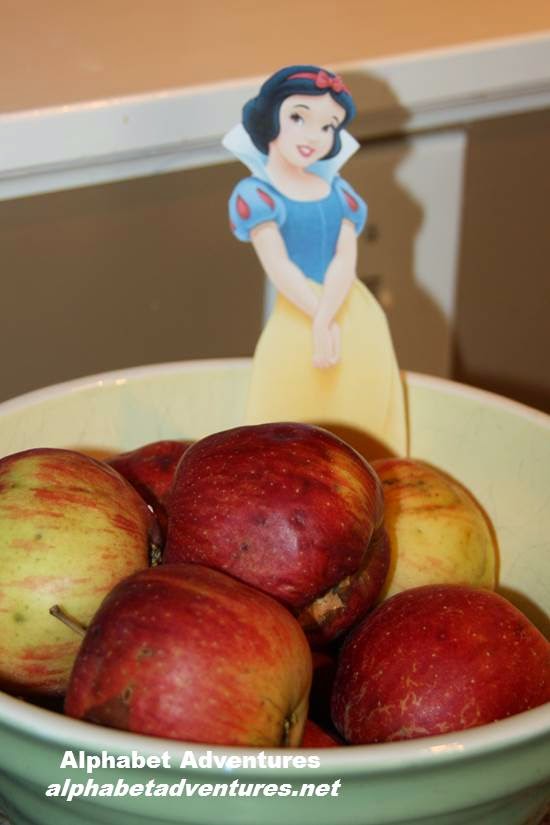 they were each given a princess passport (with a picture of each princess and a check box) and went on a scavenger hunt to find each and every princess (Disney princess images printed off of the internet on card stock and taped around the castle): Tiana is next to the frog (see above), Snow White in a bowl of apples, Cinderella near the fireplace, Belle on the bookshelf, Aurora on the bed frame, Rapunzel on the wall leading to the second story, Pocahotas on the sliding glass door (looks like she's standing in the backyard), Jasmin on the spice cabinet door, Merida near the Celtic cross, Ariel on the fish tank, Mulan on the China cabinet, Elsa (who is a queen and not a princess as the pauper was constantly told) and Anna on the freezer (of course!). The passport also had a list of all of the activities for the day that they could check off. 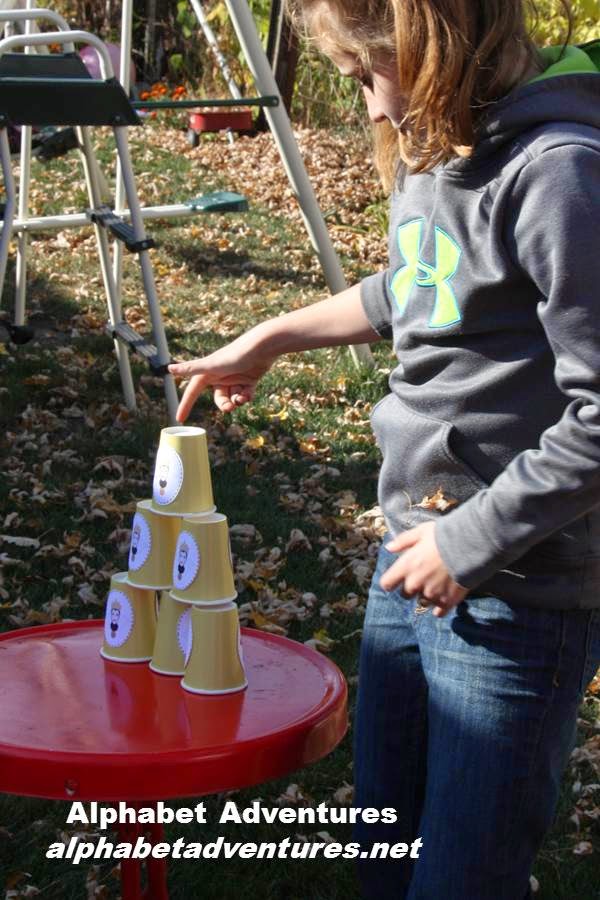 Dollar store cups with images of the Evil Queen from Snow White (image printed from internet) were stacked up and the princess practiced their pitches by throwing poisoned apples at the queen turned witch. 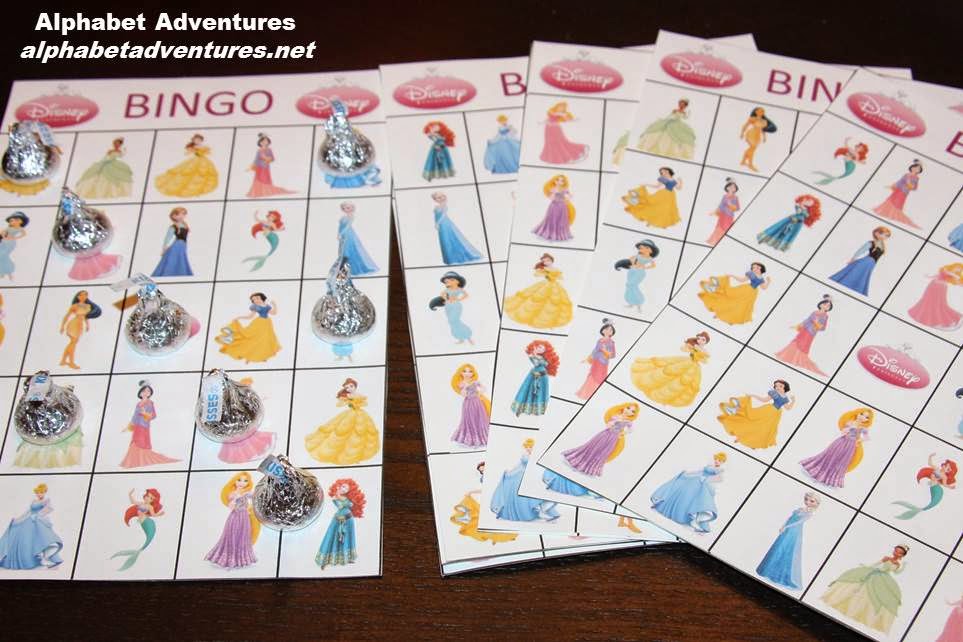 A game of Princess Bingo was played using Hershey's Kisses. Each (and every) Bingo winner won a special crown made from dollar store birthday hats.  The pauper ran out of her OCD medication and painted each hat with four coats of pink paint, printed off a tiara with each of their names, pulled the original elastic and put stronger elastic from Joann Fabric on each hat and carefully pulled a piece of shiny, glittery pink fabric through the top of each hat. Then she called her shrink and got a refill on her Rx. 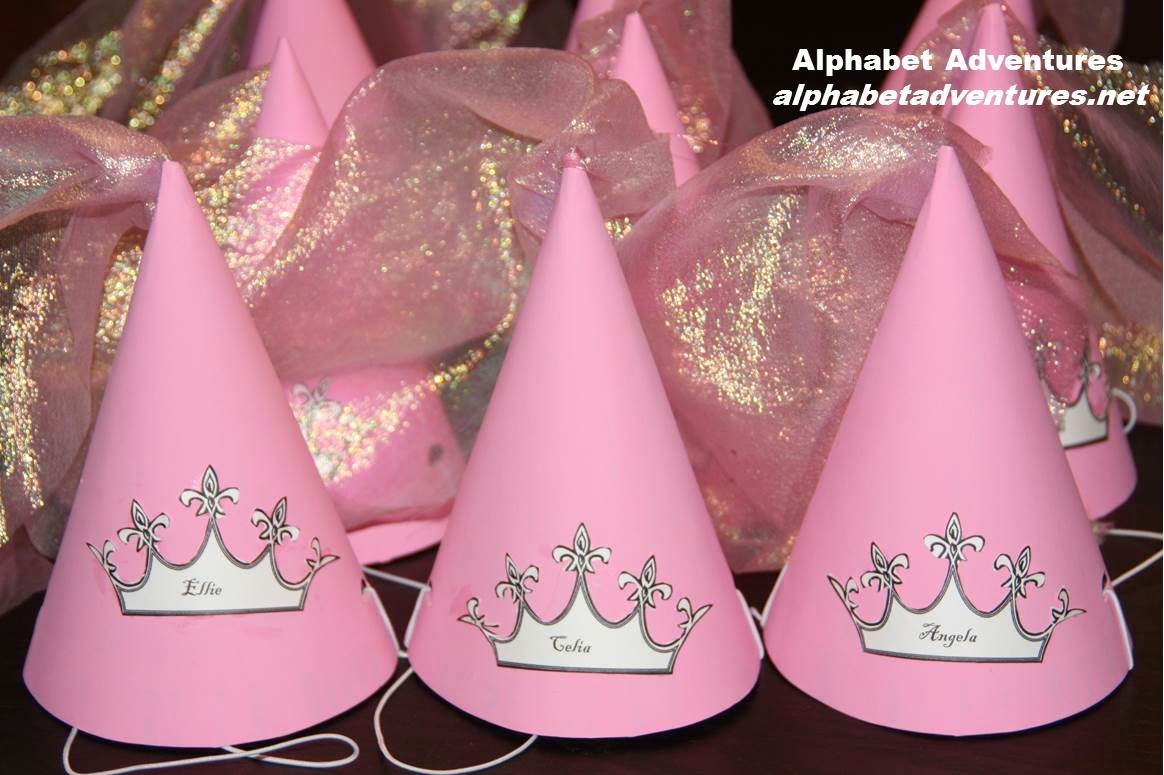 7. Each of the guests were led into the coronation room to receive their crown and have their royal portrait taken with Belle! 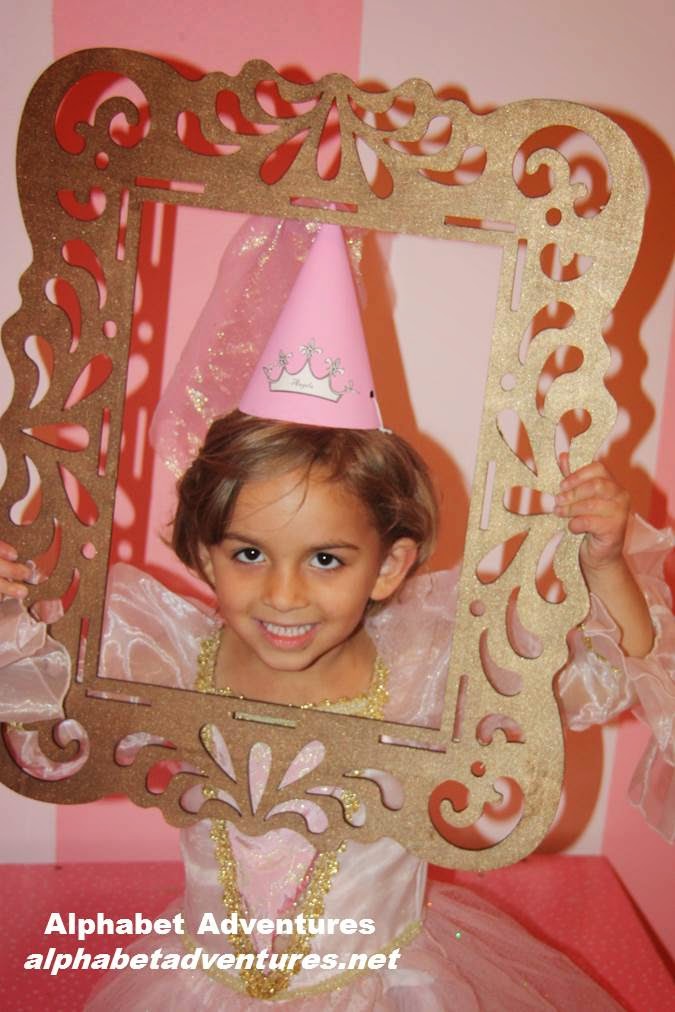 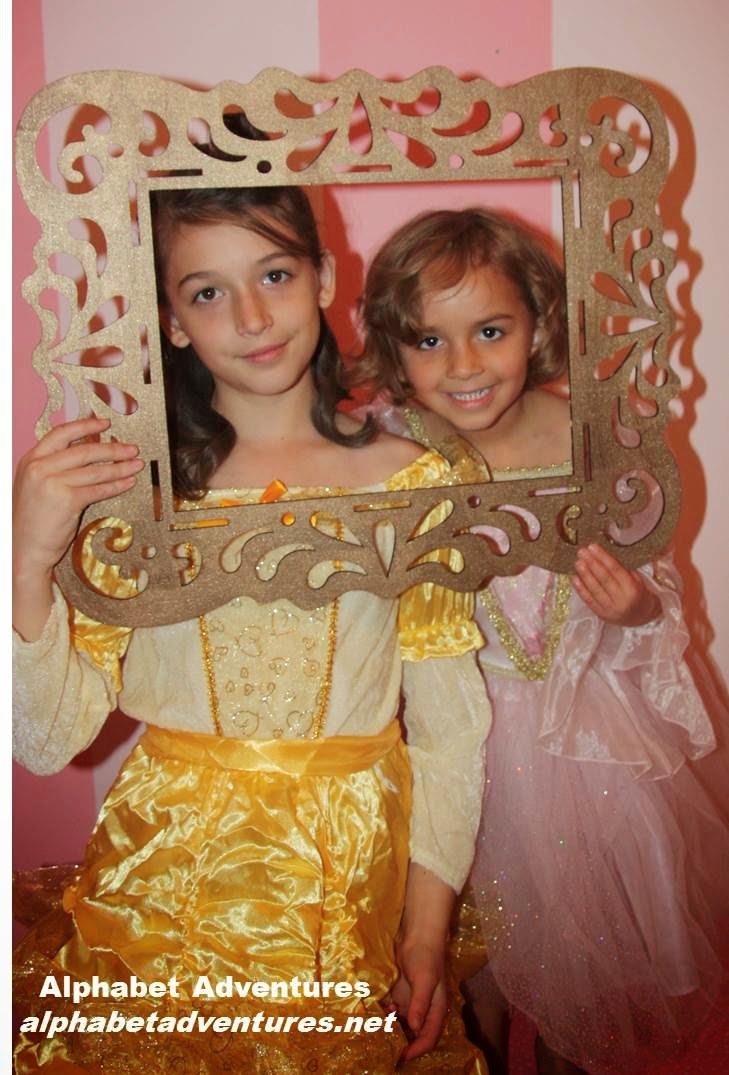 On their way out, they had their picture taken in the magical mirror: 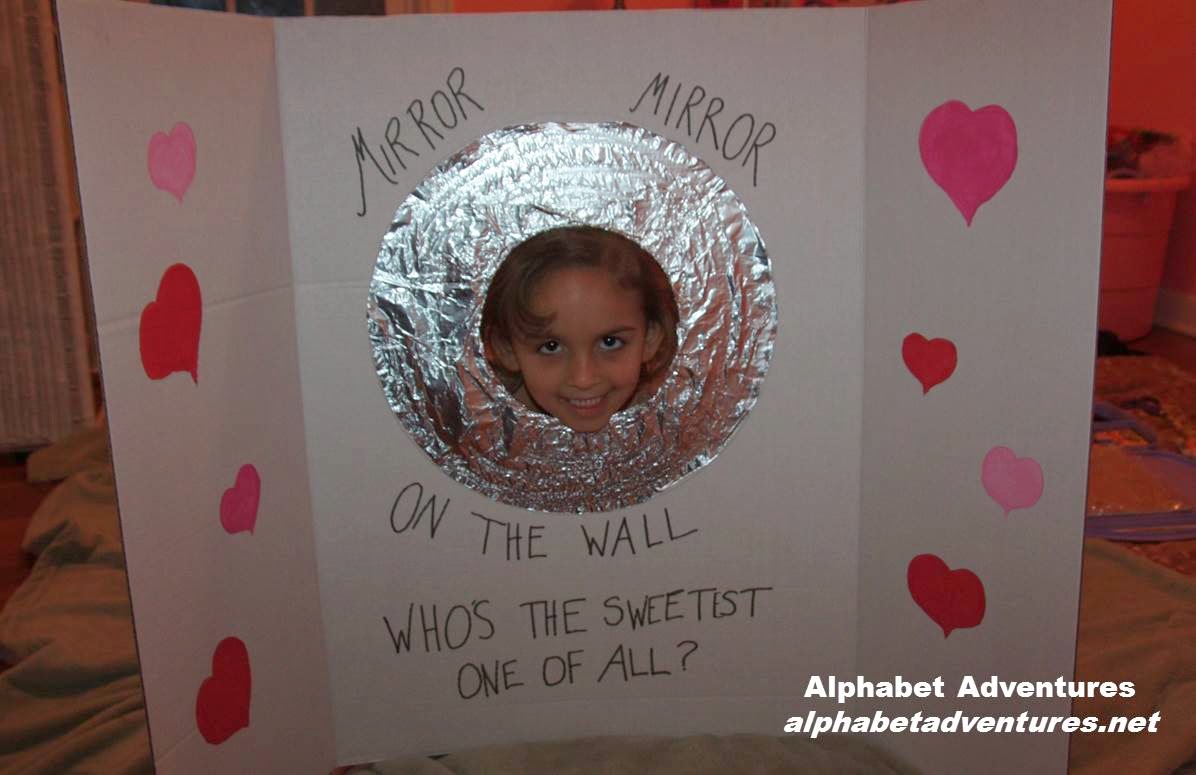 8. Each princess created magic by turning a pumpkin into a carriage.  Each child was given a golden pumpkin, two wheels, a door, and picture of Cinderella to color and glue to her pumpkin. 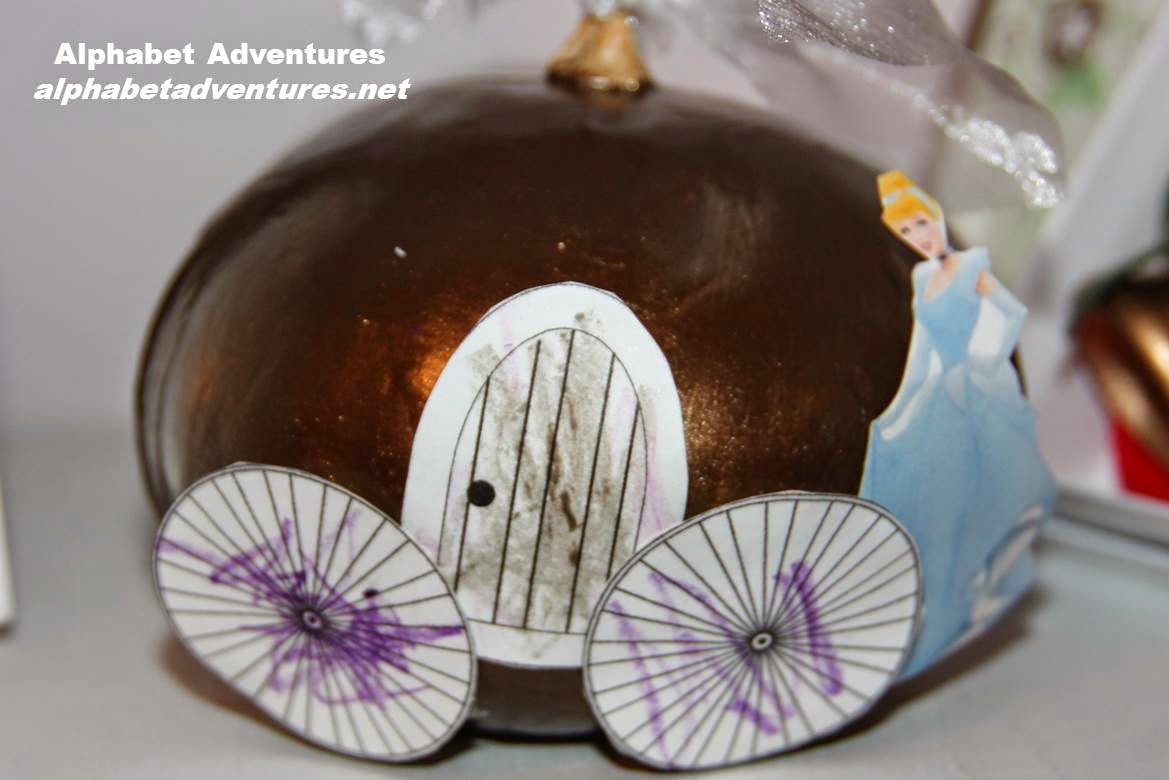 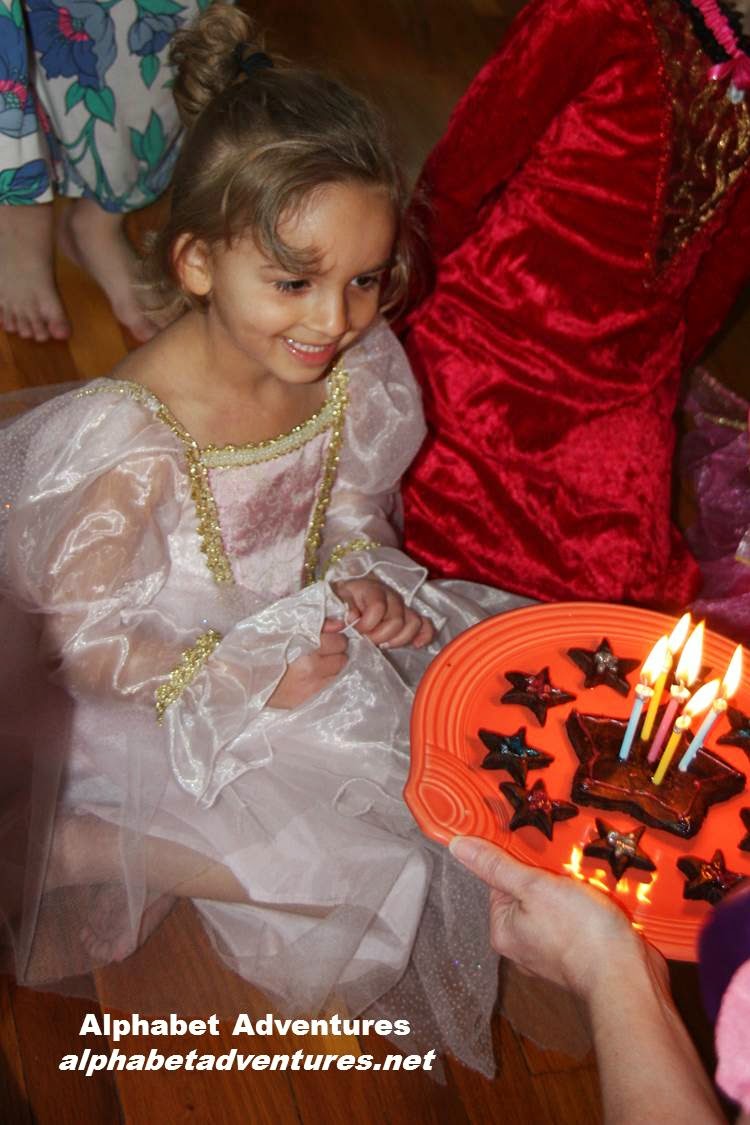 9. Cake was had and according to tradition, the first two cakes landed in the dung heap. Star-shaped brownies were served instead. True Love's Kisses hoarded during aforementioned bingo game satiated the sweet tooth of most of the attendees and the pauper decided to Let it Go!
10. Gifts were chaotically received and opened. The pauper couldn't keep track of who gave what but did make an honest attempt. Unfortunately the court scribe was in the lavatory.  She was quite excited that her daughter received several hand-me-down/re-gifted gifts.  As paupers she advocates the re-use of such items, the princesses who get tired of games seem to enjoy giving them away and the pauper enjoys knowing that when their princess tires of the games and toys, they can pass them on to other princes and princesses. 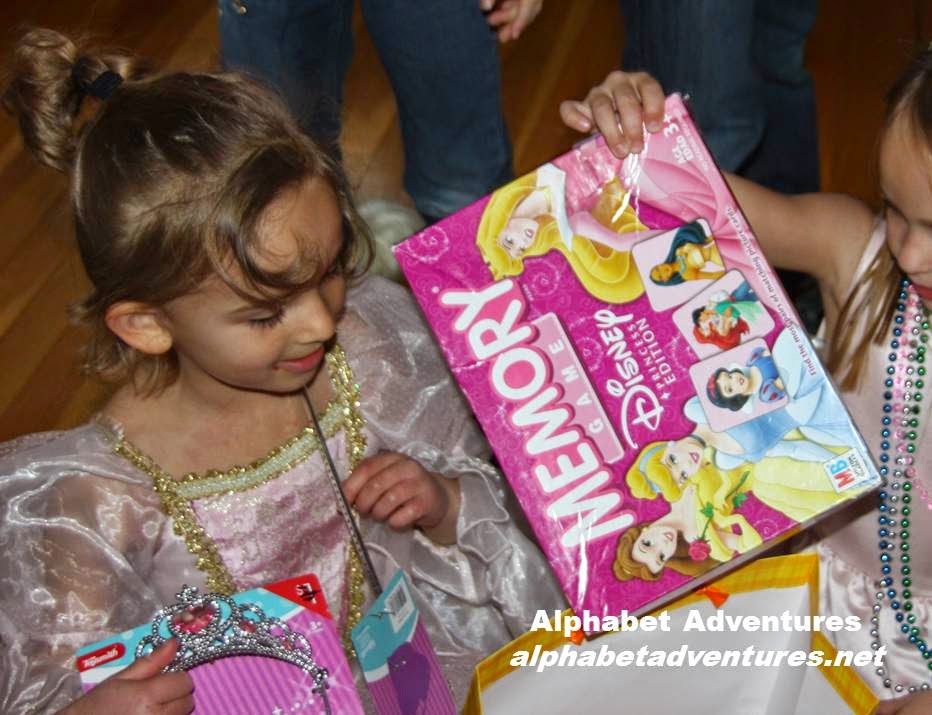 11. Rapunzel made a guest-appearance and shocked the young ones with her Crystal Gayle length hair, then a golden wiener dog tape dispenser was presented to the lovely Rapunzel as a gift of gratitude because it just seemed appropriate or not. 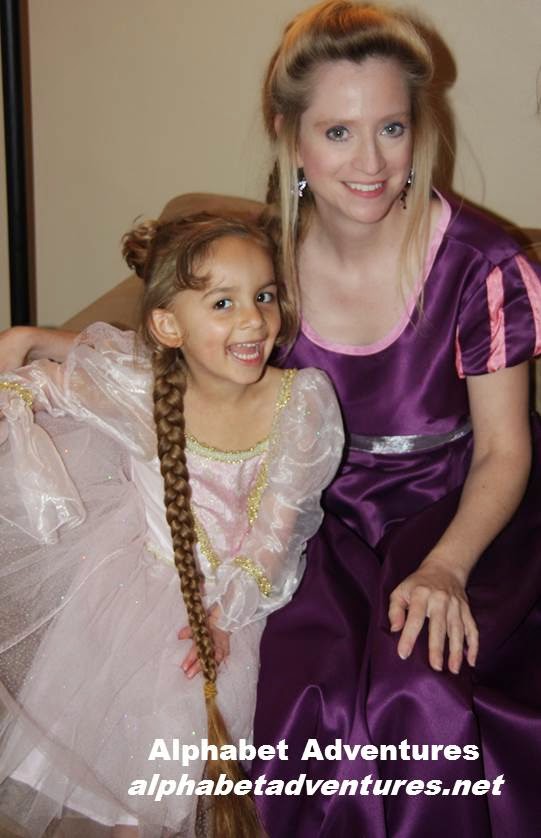 12. The little ladies then kicked off their glass slippers and danced to a mix of princess songs:
Aladdin's A Whole New WorldBeauty and the Beast
Beauty and the Beast
Cinderella's Where Did I Put that Thing/Bibbidi-Bobbidi-Boo
Little Mermaid's Kiss the Girl
Tangled's When Will My Life BeginPocahontas' Colors of the Wind
The Princess and the Frog's Dig a Little Deeper
Snow White and the Seven Dwarf's Whistle While You Work 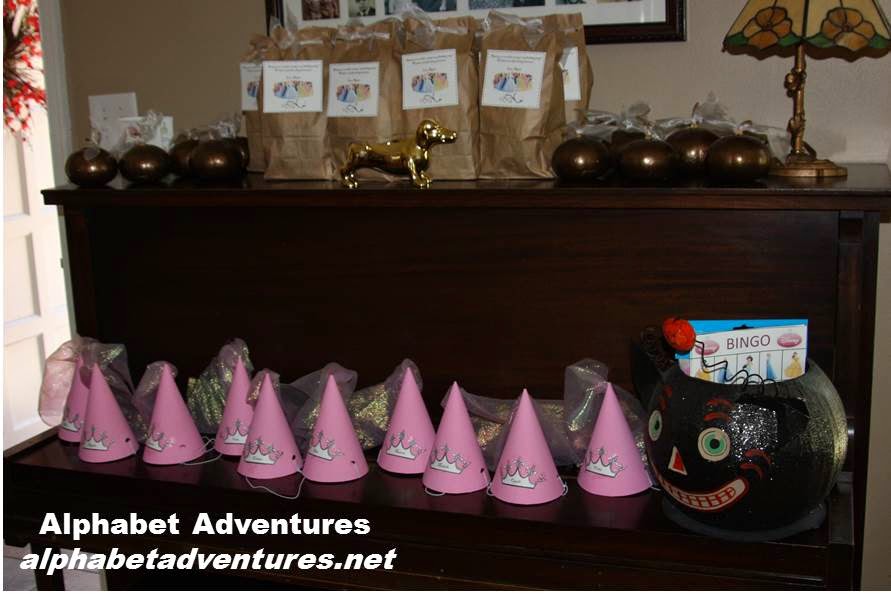 13. Each princess was presented with a special gift on their way back to the enchanted forest: 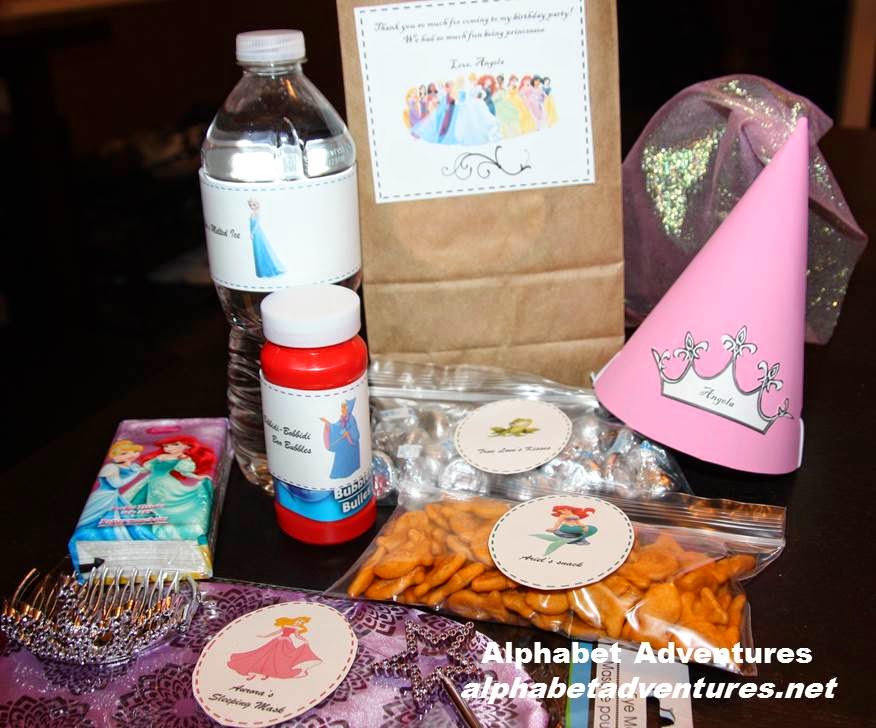 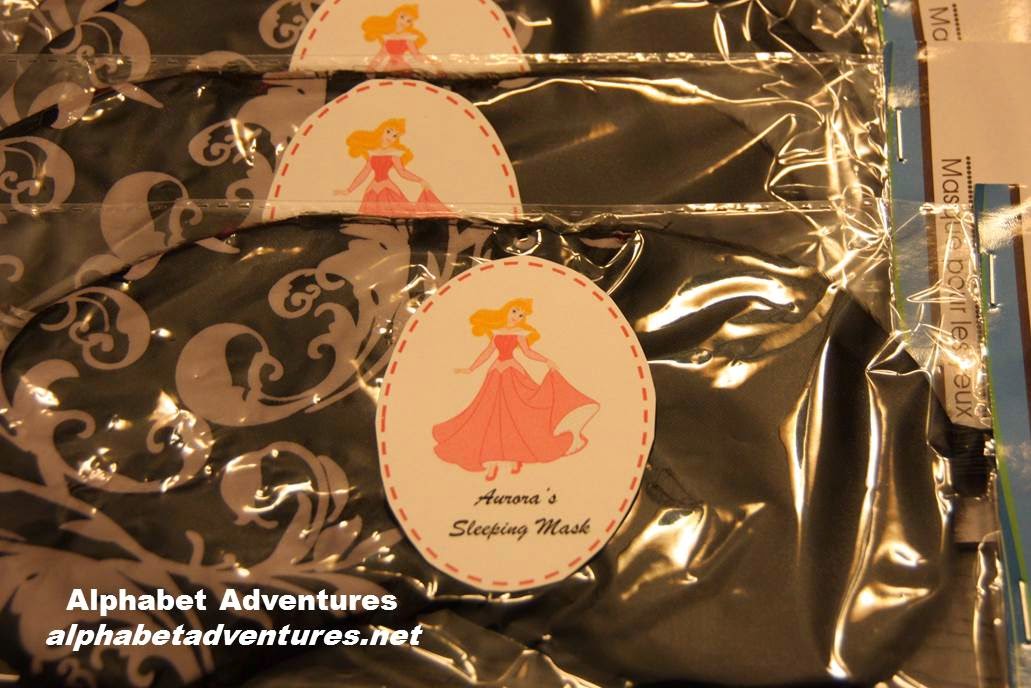 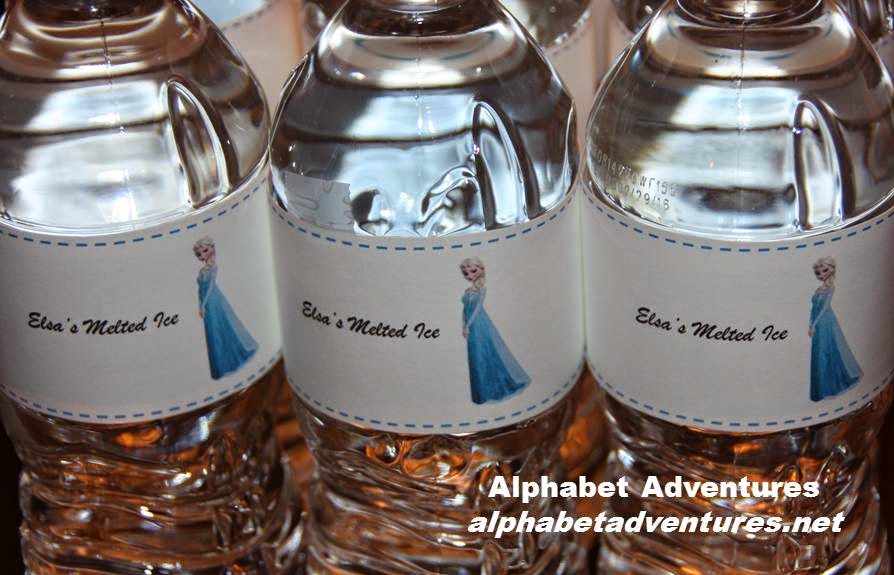 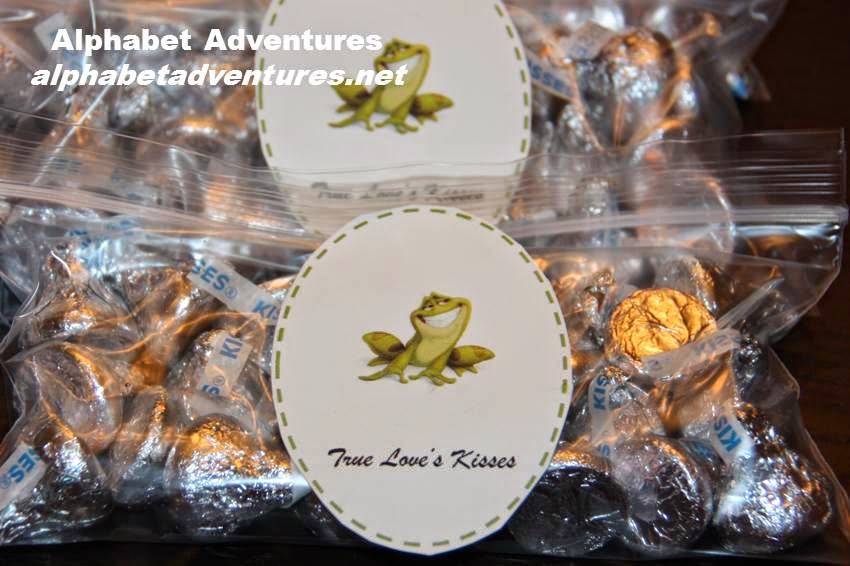 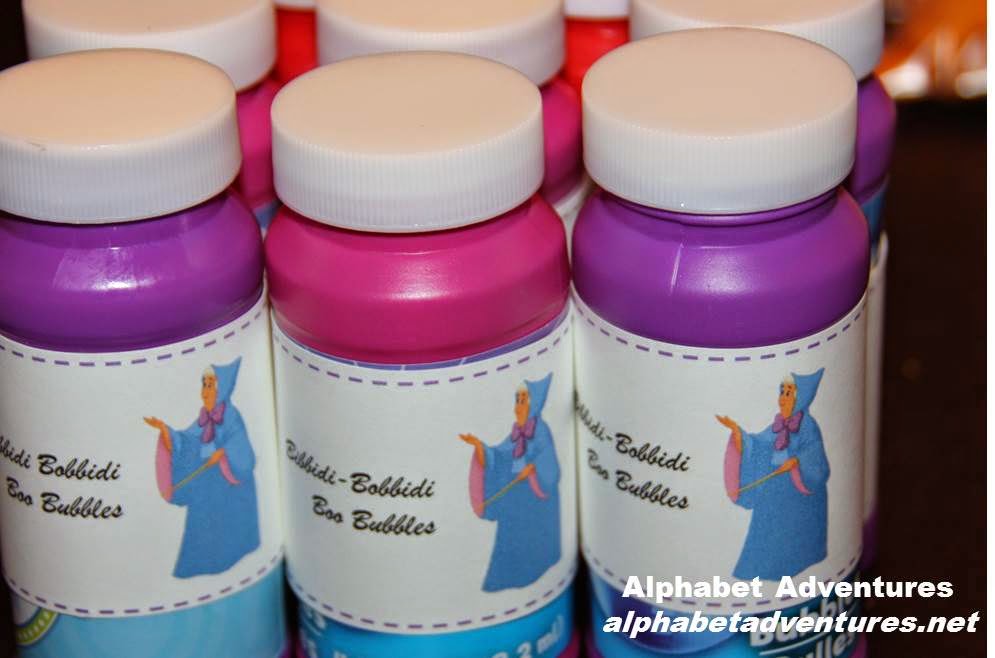 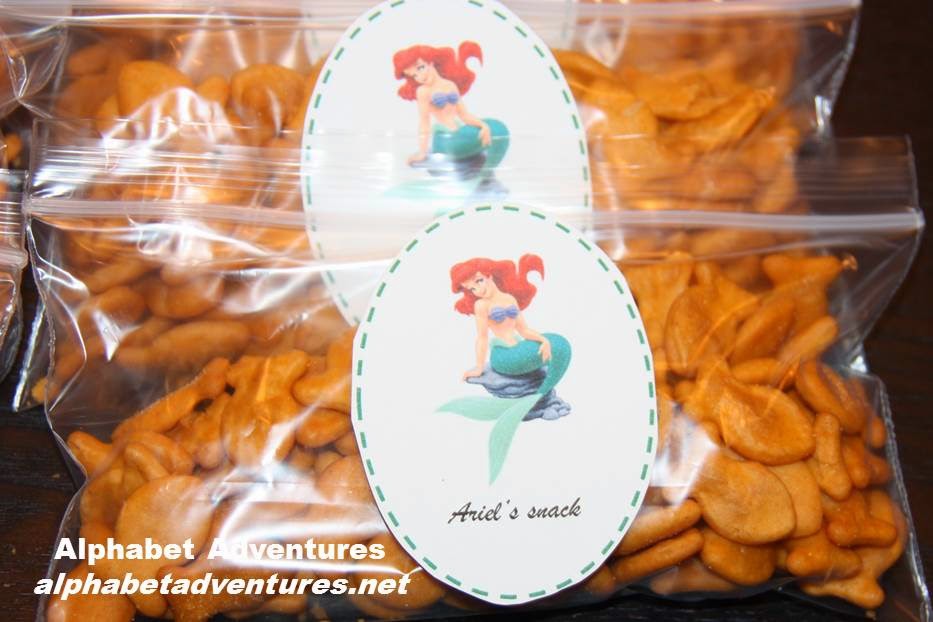